The story of the Brunton family’s presence in the Welwyn area starts at the very end of the 1840s when William Brunton, a Norfolk Blacksmith arrived as one of the multitude of men who came to find work in building the Viaduct. He came with his wife Mary Ann and lived, as did many of these new residents, in Burnham Green. With them came their first son William and in 1849 the second son George was born in Burnham Green. But times were to get hard as shortly after the birth Mary Ann died and William was left far from his family, widowed and with two young sons. Maybe out of necessity in 1851 he remarried to Mary Ann Archer of Burnham Green.

George worked as a labourer in Digswell, Tewin and Ayot. In 1874 he married a local woman, Hannah Ewington in St. Mary’s Church and by 1905 was living in Welwyn. George and Hannah had 11 children -

It may be considered a trick of fate that the children were born over a time period which destined the sons all to serve in the wars of the period, and maybe a kinder trick of fate which allowed them all to survive. A newspaper report of August 1915 describes the family’s contributions -

Private Charles Brunton, ‘G’ Company 1st Herts, who was slightly wounded in action and sent home with a fractured thumb, gives a few details of his career and also of his brothers. He formerly belonged to the 4th Battalion Bedfordshires. At the commencement of the war he was called upon by his old regiment and owing to deafness was found unfit, but having three brothers gone to serve their King and country he felt he ought to try again, so he joined the 1st Herts Regiment at Hertford and was sent to France within four weeks, and took part in the big charge at Fraserburgh. He pays tribute to Captain Clarke, describing him as one of the finest officers any corps could wish to have’. He was always ready to volunteer for anything and the whole company were always ready and willing to do anything and go anywhere with him. Joseph Brunton, formerly of the Highland Light Infantry, who served in India and Malta and joined the 1st Herts in September last had the misfortune to contract rheumatism and was discharged in April. William Brunton, formerly of the Royal Sussex Regiment who went through the South African War and joined the 1st Herts as a transport shoeing smith, is now serving at Newmarket with the 2nd Battalion. Cecil, formerly of the Royal Sussex, who served in India and went through the South African War, is now an inspector in the engineer’s department, Great Northern Railway, being unable to join his old regiment. Percy is now at home suffering with bad feet and rheumatic fever. This is the record of the sons of Mr George Brunton serving their King and country.

Joseph actually joined up in September 1914 and initially served as a Drill Instructor before being drafted to the Western Front in May 1916. He fought and was wounded at St Julien. He was transferred to the Royal Engineers before being sent home and discharged in September 1917. Percy served in the 4th Battalion, Bedfordshire Regiment. Of the other brothers, Albert Brunton had been declared unfit for military service due to poor eyesight when he tried to attest to the Bedfordshire Regiment in 1898, but eventually got accepted into the Army Veterinary Corps. as a horse handler in 1916. The youngest son, George David was unable to join up as he was profoundly deaf.

The extended family did not however completely escape the casualty list as Albert’s wife Emily lost her half brother, George Carter on the Somme in 1916. 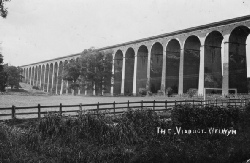 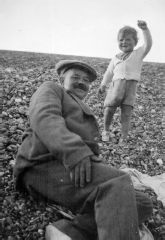 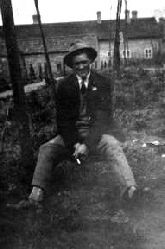 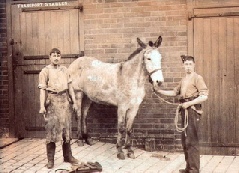 William Brunton as a Farrier 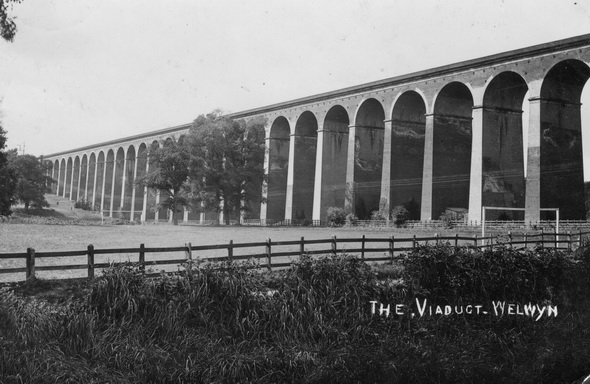 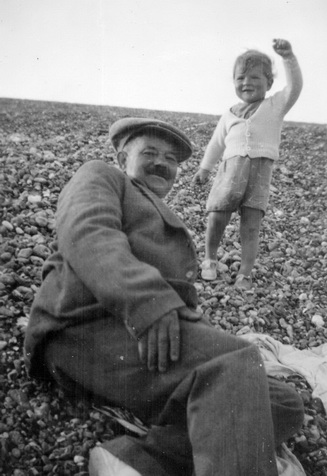 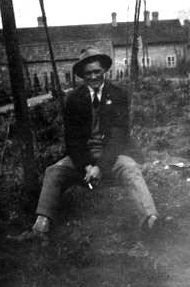 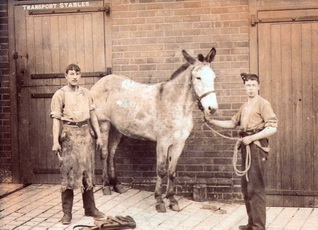