On the first day of the year in 1888, Randall John Harwood was born in a cottage on White Hill, Welwyn to parents Alfred and Sarah. He was baptised in St Mary’s Church on 5th February.

Randall attended Ayot St. Peter School and later worked as a foreman gardener for the Aclands at Digswell House - his father also worked as a

Randall initially tried to join up at the very outbreak of war in August 1914, but was rejected on medical grounds. After an operation he was eventually

He was killed in action on the 12th August 1916 at Armentières.

On writing to his mother Second Lieutenant Herbert Lighthorn said

‘It goes very much against the grain for me to write you this sad news. Your son, Lance Corpl. R Harwood was killed in action while in the execution of his duty in the fourth line trench - a duty that was always well done. He was hit by a shell and passed away without pain. He was one of the most cheerful fellows of the Company and all the men liked him so much. I can but ask you to try and bear this great trouble knowing that your brave boy did his duty like a man’

Like many women during the war, Randall's mother Sarah worked with the Red Cross. She worked as a volunteer at Brocket Hall, in use as an Auxiliary Hospital.

She received the Red Cross medal for War Service as well as it’s medal for Proficiency in First Aid.

At the time of their son’s death, Alfred and Sarah had two other sons in France, Corporal Cecil Harwood and Private Arthur Harwood. Both survived the war

Back to Randall John Harwood

If you able to help with more information about

Roll over image to enlarge 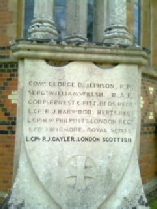 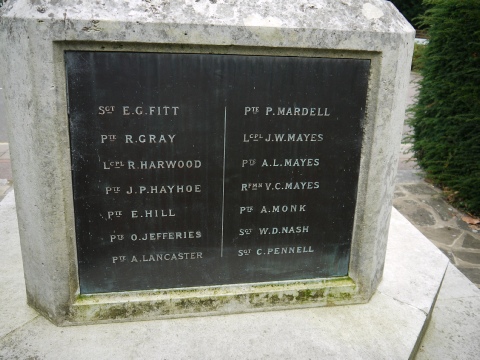 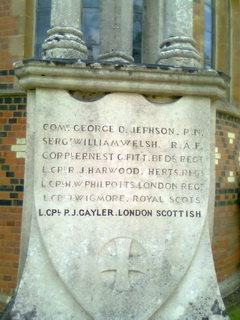 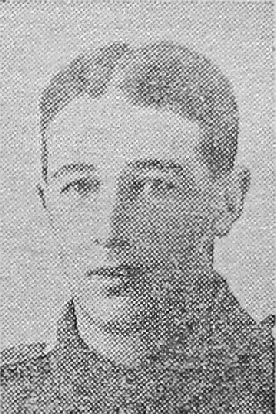