A small article published, for some reason, in the Nottingham Evening Post in July 1917 started a search for further details about two Welwyn men.

After a soldier’s wedding in Welwyn (Herts), the bouquets were placed on the grave of the bridegroom’s brother, an invalided soldier who died in hospital. The bridegroom later left for the front’

Investigations eventually discovered that the men referred to in this scant report were bridegroom William and his brother Alfred King, thanks largely to information supplied by three of William’s sons, who still live in Welwyn

The King family had come to the area from Arlsey in Bedfordshire between 1901 and 1911 when they were living in Ayot Green. Father William, a horsekeeper lived at that time with his wife Mary Jane and three children - the sons William (19) and Alfred (17) and their daughter Ellen (13).

The children attended Ayot School, Alfred leaving in 1908. Both William and Alfred served during the war, but only William survived.

Alfred volunteered for the 6th Battalion, Royal Berkshire Regiment in December 1914 and by July 1916 was serving in France. However in October  that year he was wounded in action at Thiepval. He returned to England and died of his wounds in a Military Hospital in East Dulwich on 14th October and was buried in St. Giles Churchyard, Codicote.  His address was given as

Alfred is commemorated on the Ayot St Peter Memorial, the Codicote War memorial and the Codicote Roll of Honour in the Peace Memorial Hall

William served in the 1st Battalion, Hertfordshire Regiment and was mobilised in December 1914, being sent to France the following year. He fought at Loos, Arras, Ypres, Cambrai and St. Quentin, being wounded three times. He was demobilised in 1919.

‘WEDDING  On Thursday, July 19, at the Parish Church, Miss Ivy Eleanor Vines, only daughter of Mr. and Mrs. Vines of Mimram Road, was married to Lance Corpl. W. King., a son of Mr. and Mrs. W King of Kimpton Mill Farm. The wedding was by special license and the ceremony was conducted by the Rev. P. M. Wathen. The bride, who was given away by her father, was dressed in cream satin striped delaine, with wreath of orange blossoms and veil, and she carried a bouquet of white lilies. The bridesmaids were the Misses May and Nellie King, sisters of the bridegroom, who wore dresses grey trimmed with silver, and white picture hats, also Miss A Kettle (a friend of the bride), who was dressed in a brown coat-dress with hat to match. Mr L Vines acted as best man. After the ceremony a reception was held at the bride’s home when a large number of friends were present. The bridegroom left for France again on Saturday, where he has been serving for two years with the 1st Herts Regiment. Several useful presents were given to the happy pair. On Friday the flowers were all placed on Pte. A. King’s grave (a brother of the bridegroom) who died in hospital last October.’

There is a final postscript to the story as William’s wife Ivy died in 1918 during the Spanish Flu epidemic. William remarried in 1921 and continued to live in Welwyn with his second wife Nelly, the mother of the Kings still resident in the village. 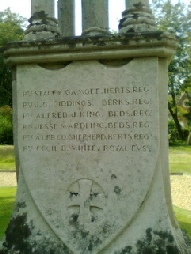 Alfred King is commemorated on the Ayot St Peter Memorial 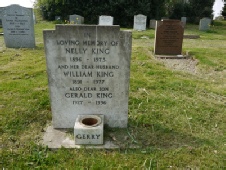 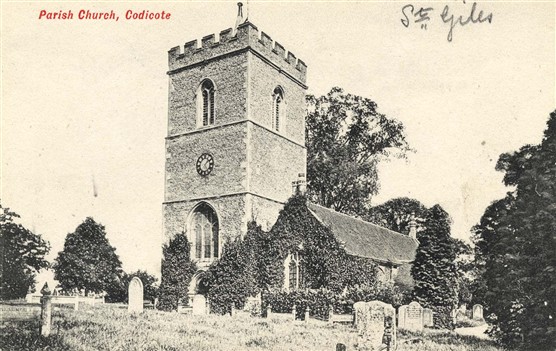 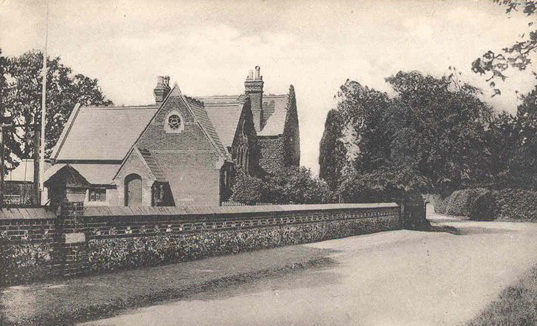 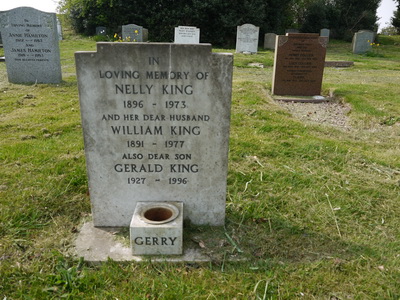