The Mayes family suffered more than most in the years of the Great War. In  1914 Arthur and Cecilia Mayes had seven children, five sons and two daughters, but by the time the war had ended in 1918 they had lost three sons to the conflict.

Arthur Abel Mayes from Aldersgate in London had married Cecilia Ellen Pepper in St Marylebone in 1887, but by the time their first daughter, also Cecilia Ellen was born they had taken up residence in Welwyn, where Arthur worked as an Assurance Agent for the Prudential Assurance Company. Over the coming years their family in Prospect Place grew with the second daughter and last child, Dorothy being born there in 1901.

Of their sons three died in action, their stories can be seen by following these links

Their two other sons, the eldest, also served and survived the war.

Arthur Edmund Mayes was born in Welwyn 30th June 1889 and had joined the Royal Engineers before the war. In 1911 he is found serving as a Sapper at Chatham. His service during the war clearly took him to Ireland as in 1915 he married Christina Maud Blain in Belfast. He died in 1959.

The second son was Walter Herbert Mayes born 12th August 1891. Walter emigrated to Australia, leaving for Victoria in February 1911 aboard the SS Barbarossa when he gave his occupation as a Greengrocer, and worked there as a farm labourer. War,however was to bring him back to Europe as he enlisted on the 30th July 1915 as a driver in the 5th Division Engineers. His unit embarked from Sydney aboard the HMAT Ballarat on the 6th September, by which time he was a Lance Corporal. By the end of the war he was serving in the 4th Australian Division and was recommended for a Mention in Dispatches, which was awarded in July 1919. He returned to Australia in May 1919 and was demobilised. He married Adelaide Eickert in 1923 and remained in Australia until his death in 1956.

‘AWFUL SANDSTORMS IN THE DESERT

Driver W H Mayes, 4th Australian Field Company Engineers writing to his father, ex-Sergeant A Mayes says - we successfully evacuated Gallipoli and are now lying at Alexandria,near the edge of the desert. The sandstorms are awful and whatever you eat is like chewing sand and I would much prefer being back in the trenches than being here. But I understand we shall not be here long; As soon as we are fit we are due at —– (censored)’

Arthur and Cecilia’s two daughters remained in the area, Cecilia dying in 1976. The youngest child Dorothy married Alfred Wren in 1926 and died in 1962. Both Arthur Abel and his wife Cecilia lived out their days in Welwyn until their deaths in 1925 and 1927 respectively. Their grave is in Welwyn Cemetery. It also bears an inscription in memory of the three sons they lost.

Dorothy Mayes and Alfred Wren at their wedding 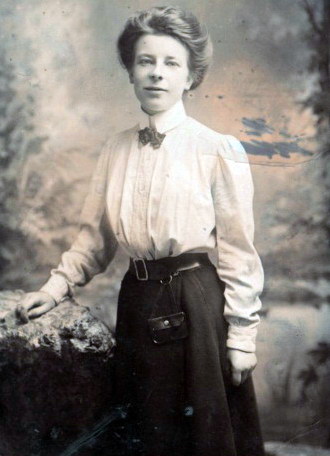 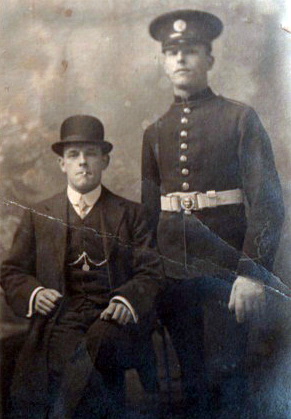 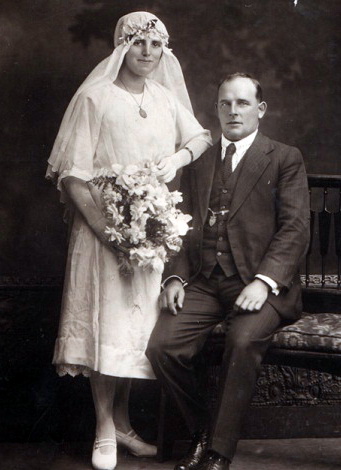 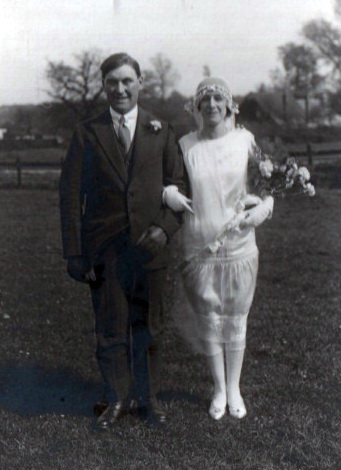