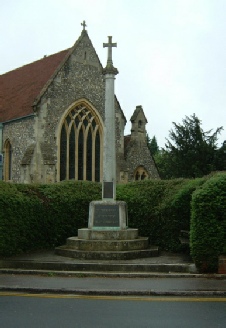 The Welwyn Village War Memorial stands besides St. Mary’s Church in Church Street. The Latin Cross sits on an octagonal column, itself mounted on a square plinth atop a base of three steps. The plinth is mounted with four plaques. The front plaque is inscribed -

TO THE GLORIOUS DEAD

Three other plaques on the base bear the names of 39 men and somewhat unusually 1 woman who were casualties of World War I.

A separate plaque mounted on the column records the names of

The Memorial was dedicated in October 1920

The memorial reflects as would be expected the whole spectrum of village life in the period, with the names of the sons of wealthy land owners as well as those of the more ordinary residents.

Behind all the names there is of course a connection with Welwyn.

In some cases this is clear and obvious, but in other cases it is more difficult to uncover the connection as is shown in the biographies of those named.

In all cases, however, it can be seen that someone local remembered the dead and wished a loved one to be honoured. 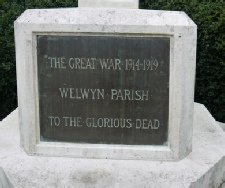 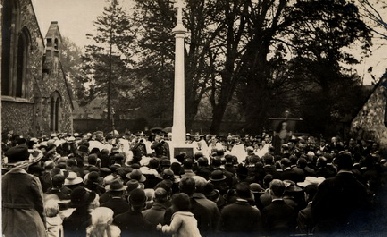 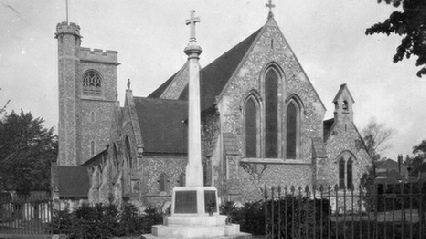 Whilst the War Memorial in Church Street is the most widely known, a number of other memorials relating to World War I 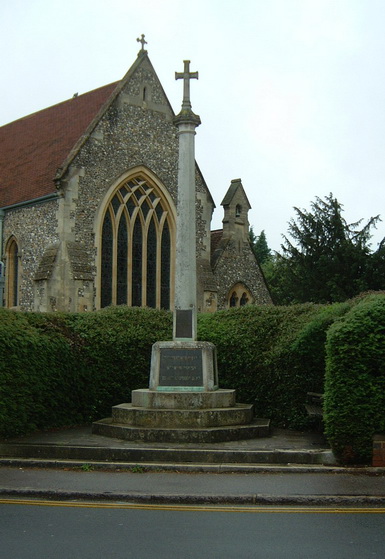 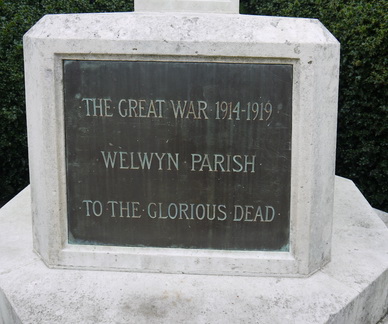 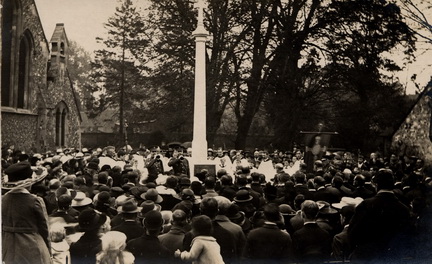 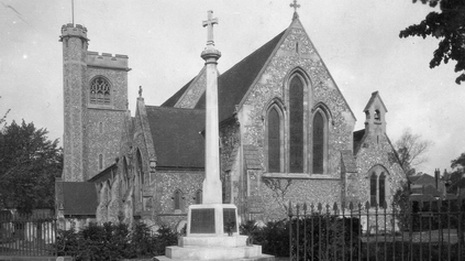