George Nash was born in Digswell and in 1882 was working as a shoemaker and living with his parents in Mimram Road. A year later he married

Elizabeth Cole from Helidon in Northamptonshire. Over the coming years they had five sons, all of whom would serve in the army and two of whom they would lose. Soon after they married the family moved to Hackney, where George still worked as a shoe maker and where all their sons were born. By 1901 the family had returned to the area and were living in Codicote, George now labouring for his living.

The eldest son, George William was born in Hackney in 1882 but christened in Welwyn the following year. He moved away and in 1911 is living with his uncle’s family in Surrey, working as a labourer. He served with the East Surrey Regiment and was killed in April 1917 at Arras.

Frank Nash was also born in Hackney, in 1884, but also baptised in Welwyn in 1885. In 1905 he married Martha Roft from Codicote and in 1911 they lived with their three children and Franks cousin Maud in ‘Wellington Cottages’ Welwyn. For two years from 1903 to 1905 he had served with the 4th Battalion Bedford Regiment, and during the war served in the Hertfordshire Regiment. The family were then living in Moors Cottages, next door to the Brunton family and Frank worked at Welwyn Garage. Lance Corporal, as he then was, Nash was posted as wounded and missing in July 1917. He had actually been taken prisoner, which his wife learnt when she received a letter from him in September, saying that he was being held in Germany, but ‘was being looked after alright’. The Nash family, as well as the Brunton family are recorded as still living in Moors Cottages until at least 1946, when the properties were sold as part of the Wilshere estate. Frank died in 1959.

Albert Nash, like his elder brothers was born in Hackney. He served in the King’s Royal Rifles and was also taken prisoner, in 1915. He died in Surrey in 1939.

Harry Nash was born in Hackney in 1889. He became a professional soldier with the 2nd Battalion Duke of Cornwall’s Light Infantry, serving in South Africa. In 1917 he was with his Regiment in Salonika.

William Nash served in France with the Rifle Brigade and was killed in action in 1918. 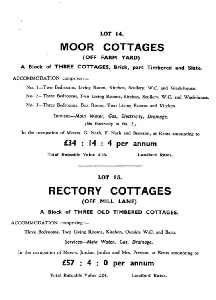 Moors Cottages were sold in 1946 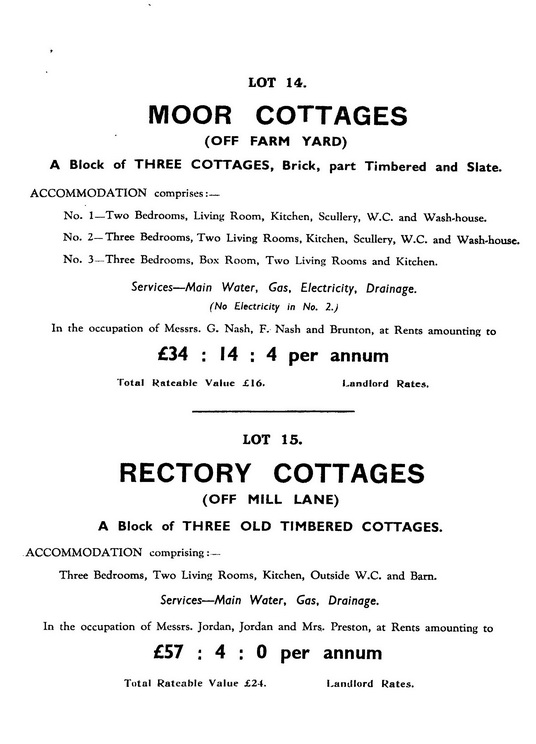