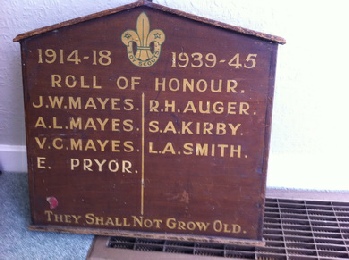 Scouting was an important part of life for many Welwyn youngsters prior to the First World War.

The Scout memorial is mounted in the Welwyn Scout Headquarters, refurbished in 2014. It records the names of four Scouts who died during the 1914 - 18 war and of three Scouts who died

More details can be seen by following the links below 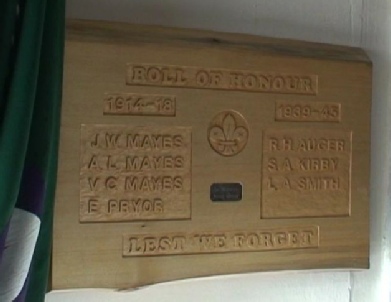