Bradfield, Walter - In 1918 Walter Bradfield was listed as living at The Vineyard, Welwyn. He served as a Trooper in the 1/1st Westmoreland and Cumberland Yeomanry.

Bradley, Charles Henry - Born in Welwyn in 1883, Charles Bradley was a labourer of Mill Lane. He was conscripted in 1916 and enlisted at Canterbury in September 1917 to the Army Service Corps as a driver. He was not considered fit for Overseas Service and served at the Park Royal Depot. He contracted TB as a result of his service and was treated in Army Hospitals until being discharged in February 1919. He died later that year.

Bullard, Henry Quinton - Henry Quinton Bullard was well known in Welwyn as the Registrar, Census Enumerator and Parish Clerk, as well as for his Basketmaking business. Born in 1872, he had served for 20 years in the Herts Volunteers, reaching the rank of Sergeant and at outbreak of war joined the National Reserve, later incorporated into the Royal Defence Corps. His son, also Henry Quinton was killed in action on the Somme in 1916.

Bullock, Frederick - Frederick Bullock was born in Newbury in 1869. He had been a Beer Retailer at the Railway Tavern since around 1901. In 1911 he is recorded there with his wife, three children and 18 lodgers but was also working as an assistant engineer for the District Council at the Sewage Works. By outbreak of war he is keeping the ‘Chequers’ in Church Street. He served as a Private in the Labour Corps, survived the war and died in 1932

Bullock, Albert Edward - Albert Bullock was the son of Frederick (above) and also living at both the Railway Tavern and Chequers. He served as a Sapper in the Royal Engineers.

Burton, Frank Henry - Frank Henry Burton came to Welwyn from North London to work on the railway as a Signalman He lived variously at Ayot Green, Farmyard (now Mimram Walk) and on Welwyn Hill. He enlisted in May 1918 and served as a Private in the Machine Gun Corps.

Carter, William Walter - William Carter is listed in 1918 as living at 2, Codicote Road. He served as a Sergeant in the 1st Battalion, Bedfordshire Regiment.

Castle, Frederick John - In 1918 Frederick Castle lived in ‘Farmyard Alley’, now Mimram Walk. He served as a Sapper in the 265th Railway Construction Company of the Royal Engineers.

The Absentee Voters List of Autumn 1918 identifies these three men as living at Lockley’s Farm. From existing records it appears that Frederick and Herbert were brothers, the sons of Alfred and Susan Chalkley. Albert may have been a cousin.

Albert enlisted in August 1914 at the age of 21. He first served in France with the Bedfordshire Regiment and was wounded in the right hand in 1916, resulting in the loss of his index finger. After hospital treatment he was transferred to the 9th Battalion and then to the Training Reserve. In 1917 he moved to an Agricultural Company of the Labour Corps. in Oxford. He was demobilised in March 1919.

Frederick was conscripted at the age of 18 in October 1917 and was called up to join the Grenadier Guards in April 1918. There is no record that he served overseas, and he was demobilised in March 1920.

Herbert served in the 1st Battalion, The Black Watch, but further details are not known.

Chapman, Frederick - This man gave his address as c/o Mrs Curtis, Mill Lane - presumably the widowed Ellen Curtis. He served in the 443rd Agricultural Company of the Labour Corps.

Clark, Alfred - Alfred Clark lived in Mill Lane with his wife, Mary and four children. He served in the Army Vetinerary Corps.

Clark, Herbert James - Herbert Clark was the second son of John and Sarah Clark of Mill Lane. Born in Welwyn in 1888 he earned his living assisting his father in his Cab and Mail Van business. He served in the 2nd Battalion Bedfordshire Regiment and was wounded in the thigh at La Bassee in 1915. He brother Cyril (below) served in the Machine Gun Corps. 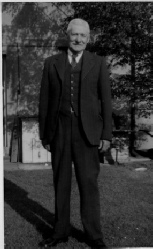 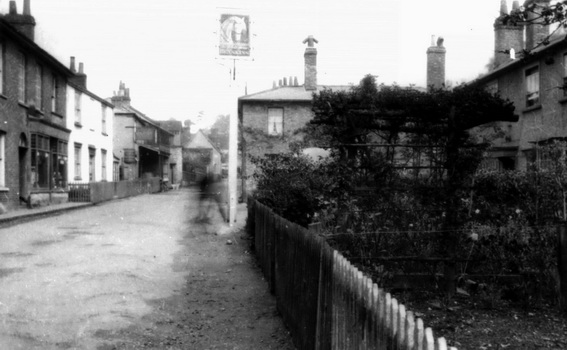 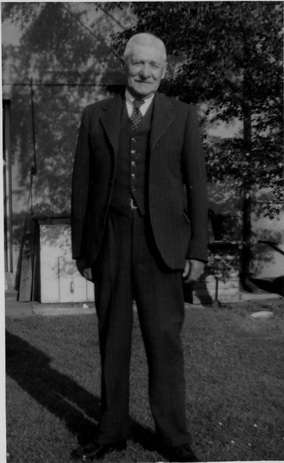 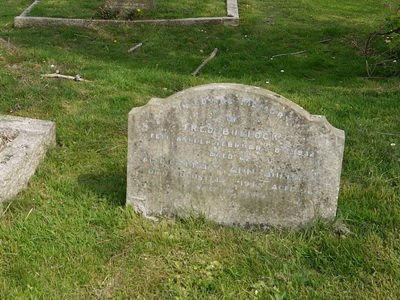 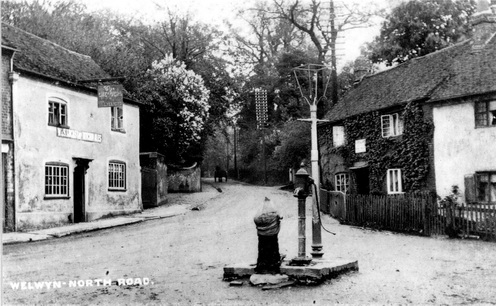