Monk, Frederick Charles - Frederick Monk was born in 1885 in London to father Frederick and Wheathampstead born mother Charlotte. By 1901 the family were living in the Old Rectory in Mill Lane and Frederick worked as a Coal Carman. But in 1907 his career changed when he became a professional soldier in the 1st Battalion Lincolnshire Regiment, with whom he served during the war. By 1918 he was listed as a Prisoner of War. His brother Albert was killed in 1917 at the Third Battle of Ypres whilst serving with the Hertfordshire Regiment. Another brother, Henry (below) served with Northamptonshire Regiment and survived the war, whilst a third brother, Marcus (below) served with various regiments and also survived the war.

Monk, Henry Joseph - Henry Monk, born 1886, was brother to Frederick (above), Marcus (below) and Albert, who died at Ypres in 1917. He served with the 3rd Battalion The Northamptonshire Regiment and survived the war.

Monk, Marcus - Marcus Monk was a younger brother, born in 1899, of Frederick and Henry (above) and Albert who was killed in in 1917. He attempted to enlist into the Herts Yeomanry in 1915 and was accepted, until in January 1916 he was discharged ‘having made a mis-statement as to age on enlisting’. He was more successful in February 1918 when he was accepted into the London Regiment. Very shortly afterwards he was transferred to the Hants Yeomanry, with whom he served for a few months in France before being transferred again, this time to the Worcestershire Regiment. He was demobilised in June 1919.

Morrell, William - For further details, please go to Soldiers from the Moorhen

Nash, George Arthur - George Arthur Nash is technically a war survivor although he was actually only serving for a few days. Born in Welwyn in 1884 to Benjamin and Agnes, George lived with his parents in Mimram Road, until he joined the Royal Navy in 1902 as a stoker with HMS Pembroke, the name given to the shore establishment at Chatham. In August 1914 he was admitted to the Naval Hospital in Yarmouth as a ‘non-dangerous lunatic’. He remained there until June 1916 when he was discharged to the care of his mother. He died in 1949.

For further details please go to The Nash Family’s War

Newell, Arthur Frederick - Arthur Newell is listed in 1918 as living with Mrs Farr of Whitehill. He served as a Lance-Corporal in the 17th Battalion Royal Welsh Fusiliers

Newell, Frederick - Frederick Newell lived in Mill Lane from his birth in 1883, with his parents Joseph and Selina. He worked as a barber and tobacco dealer before serving in the Army Service Corps.

O’dell, Harry - Harry O’dell was born in Welwyn in 1885 to James, a gardener and Rose of Mimram Road. He worked as a packer at Taylor’s Bee Hive Works and served in the Labour Corps. In 1915 he married Lilian Young, sister of Francis Young MM who died in Palestine in 1918.

Papper, David - David Papper lived in the Codicote Road with his wife Kate and five children, including William (below). He served in an Agricultural Company of the Labour Corps.

Papper, William John - William was the eldest son of David and Kate Papper (above). He served at HMS Cormorant, the Naval Base at Gibraltar as a Royal Marine. 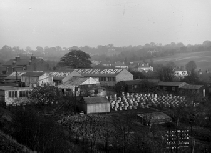 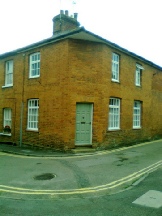 “The Moorhen” stood in Mimram Road 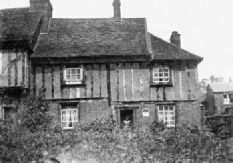 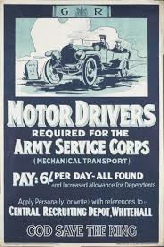 Recruiting for the Army Service Corps. 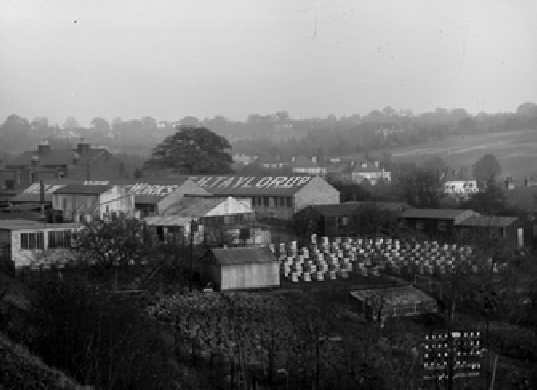 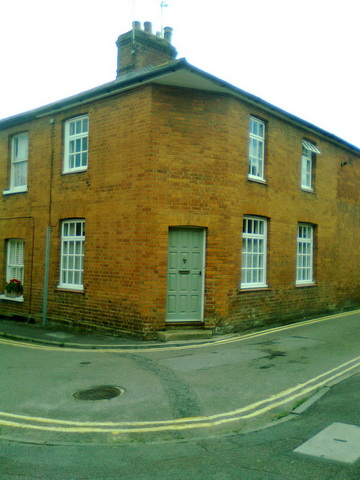 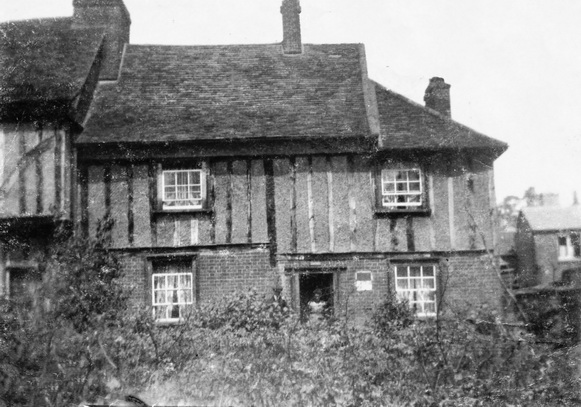