Spence, Robert - In 1918 Robert Spence was serving as a Sapper in the 4th Signal Corps, Inland Waterways and Docks, Royal Engineers. His address is given in the Absent Voters List as ‘Railway Tavern’.

Stagg, Walter George - Walter Stagg lived at Parkside Cottages, Welwyn. He volunteered in November and served in the 11th Battalion, Bedfordshire Regiment, which comprised mainly of men considered over the age for active service overseas. It was stationed near Lowestoft for the duration of the war and was charged with Home Defence duties. He was demobilised in 1919 when the Battalion was disbanded. By the end of the war his address was given as Mill Lane

Studman, Albert Victor - Albert Studman was the son of Alfred and Abigail Studman of Prospect Place, born there in May 1892. His brothers Alfred and Archibald(below) also served. In 1915 Albert was working at Wellingham’s Store when he enlisted in the 15th Battalion London Regiment. He was discharged on medical grounds three months later. In 1917 he married Annie Young, sister of Francis Young MM who died from wounds in 1918. Albert Studman died in 1930 and his widow married Albert August Whittle in 1932.

Studman, Alfred Cyril - Alfred Studman was the son of Alfred and Abigail Studman of Prospect Place, born there in 1895. His brothers Archibald (below) and Albert (above) also served. In 1911 Alfred was working as a Groom in Digswell Water. In August 1915 he enlisted into the Manchester Regiment and served until he was discharged in 1917. In 1917

Studman, Archibald - Archibald Studman, an Assistant Grocer, presumably in Wellingham’s with his brother Albert, lived at 5, Prospect Place, son of London born Cab Driver Alfred and his wife Abigail, from Kimpton. He enlisted in February 1917 and was posted to the 17th Training Reserve Battalion. In April he was transferred to the King’s Royal Rifle Corps, where he served initially in the 20th and then in the 18th Battalion. He fought at Ypres and on the Somme and in March 1918 was wounded at Cambrai. He took part in the advance into Germany and returned home at the end of the war. He was demobilised in January 1919. He died in 1965. His brothers Alfred and Albert (above) also served and survived the war.

Tucker, Harold - In 1918 Harold Tucker is listed as living in the Rectory, presumably Hillside, and serving in the Royal Engineers as a Sapper. He had previously served in the Machine Gun Corps.

Turner, Frank Hare - Frank Turner lived with his family at The Station House, where his father was Stationmaster. He joined the 4th Battalion Bedfordshire Regiment in March 1917 aged 22. He was sent to France in January 1918, but wounded in action in March. He spent time in hospital in Brighton and was demobilised in January 1919. He worked as a Bank Clerk for the Westminster Bank after the war and married Miss Gwendoline Chapman of St Neots in December 1924. He died in Yeovil in 1980.

Vass, Edward Horace - Edward Vass was born in Luton in 1893. By 1901 he was living in Luton Children's Home, as a Patient. In 1911, at the age of 18 he enlisted for 12 years service in the Royal Navy and started his career at the Royal Naval Training Establishment, Shotley, near Ipswich. During his career he served on a number of ships including, during the war, HMS Queen Elizabeth and HMS Barham, two super-dreadnoughts. In 1918 he was serving as a Petty Officer at HMS Excellent, a shore establishment in Portsmouth and is listed as living in The Mimram, Welwyn. Also in that year he married Grace Kitchen in Portsmouth.

Vickers, Ernest - In 1918 Ernest Vickers is listed as living in Cemetery Cottages and serving as a Private in the Machine Gun Corps.

Walker, John - From 1918 until 1920 John Walker is listed as living at 8, White Hill and serving in the Navy as a Petty Officer in Portsmouth.

A View of Prospect Place from Broomfield 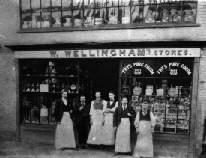 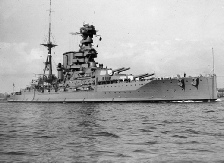 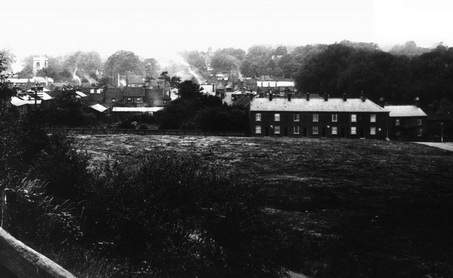 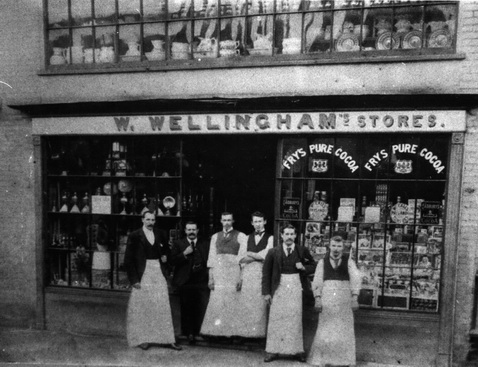 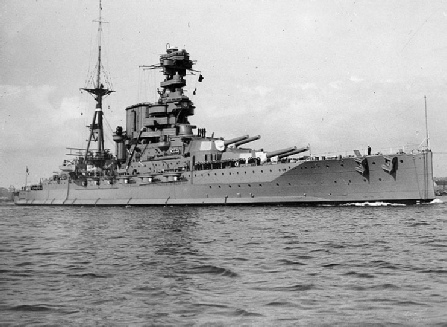