William George Reynolds was born in Welwyn in 1883. He lived with his parents John and Phoebe in Mill Lane until his marriage in Hackney, 1908 to Rose Crouch. By 1911 he was again living in Welwyn, now in Mimram Road and working as a Coal Carman. William served in the 1st Battalion Hertfordshire Regiment.

William was remembered as a large man of 23 stone, with size 14 feet - a point which the local press highlighted in their uncompromising report entitled ‘The Welwyn Infant’, which may be viewed today as less than Politically Correct !

William Reynolds, officer’s cook, 2nd/1st Herts Regiment, attached to the 68th Provisional Battalion, stationed at (censored), who has just been home on 4 days leave, tips the beam at 19st 7oz, and is still growing. When Reynolds joined the 1st Herts, sixteen months ago, he weighed 14st 9lbs. Eight months ago he weighed 17st 3lbs. He says ‘Why don’t those “skin and grief” looking things one sees walking about join the Herts, and grow fat’. Reynolds is a married man with three children. ‘Why should they be doing their duty and the boys at the Front holding the ring of steel intact, while there are so many single men walking about’. He is pleased to see conscription coming, when the slackers and shirkers will be fetched up to the scratch.

After the war William worked as a builders foreman and died in the Queen Victoria Memorial Hospital in 1947. 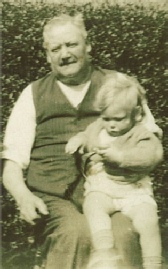 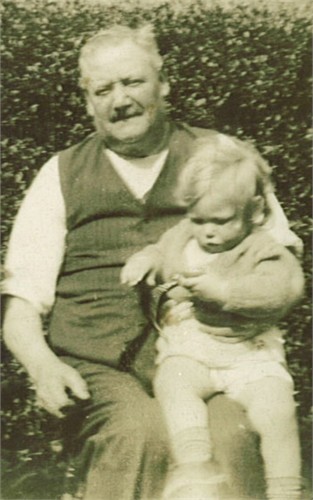